More Active Weather Continues Across The Northwest Into Next Week.

by Duong
in Seattle

Seattle – Hard to believe that just a couple of days ago temperatures were in the low to mid 70s!  Now we’re some 20+ degrees cooler with the potential for lowland snow!

Saturday’s highs climbed into the upper 40s around the region with plenty of wild Spring weather. 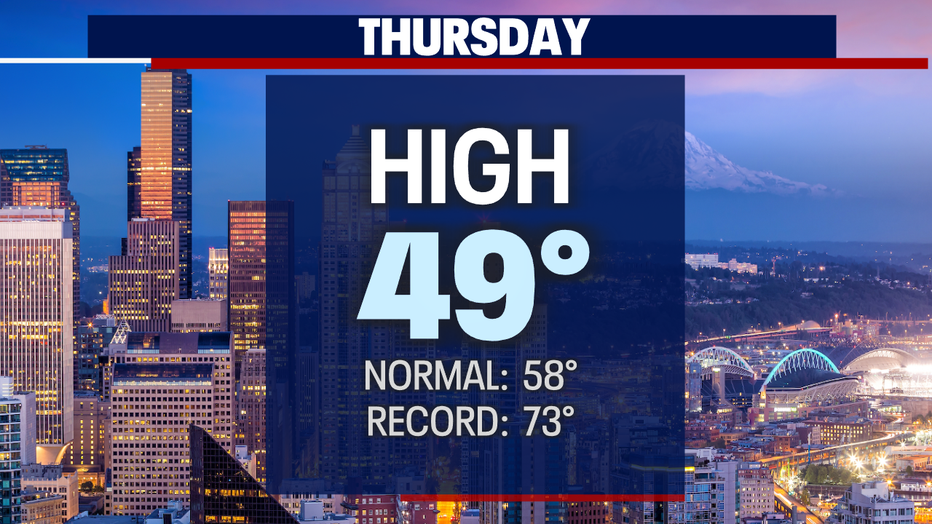 An active weather pattern will hang with us into much of next week delivering a variety of weather, including much cooler highs. 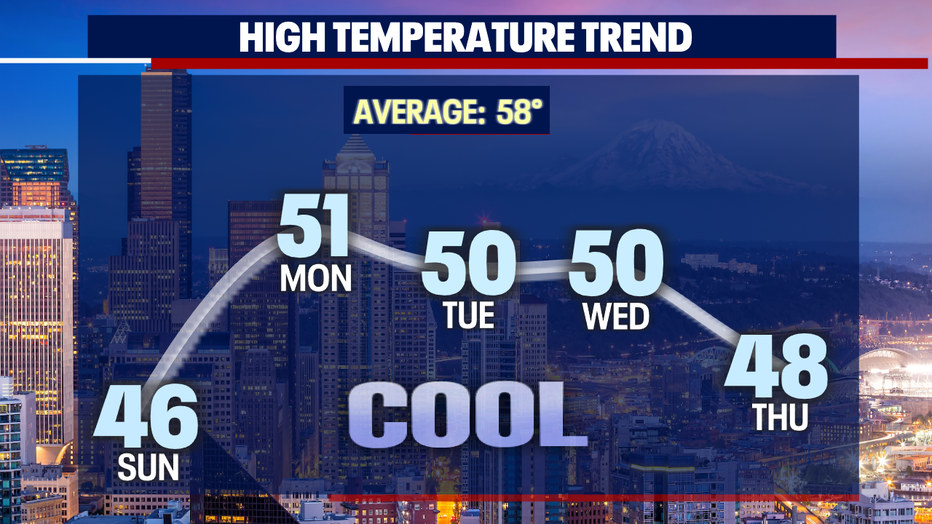 Snow will fall over the mountains the next 12-18 hours.  This is why a “Winter Weather Advisory” will remain through Sunday evening for 5-15″ of snow.  We’re expecting the heaviest amounts of snow to fall from Snoqualmie Pass south.  With this amount of snow there is the potential for more pass closures.  If you plan to travel through the Cascades know the roads before you go. 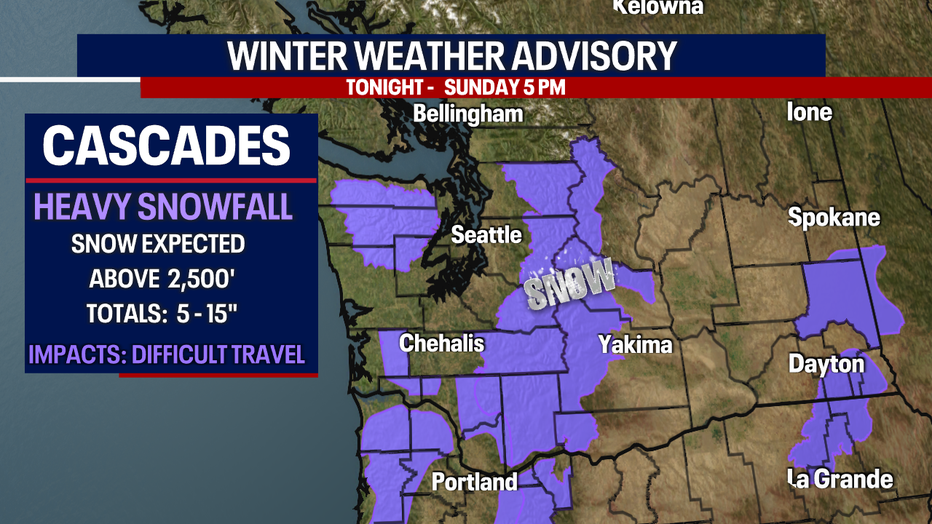 As snow continues to fall over the mountains some of us in the lowlands could wake up to flurries and little accumulation Sunday morning.  Areas with a better chance– the Cascade foothills, the North Sound from Snohomish to Whatcom Counties along with the southern foothills of the Olympics.

We don’t expect snow to stick around for very long as temperatures will warm out of the mid 30s into the mid to upper 40s. 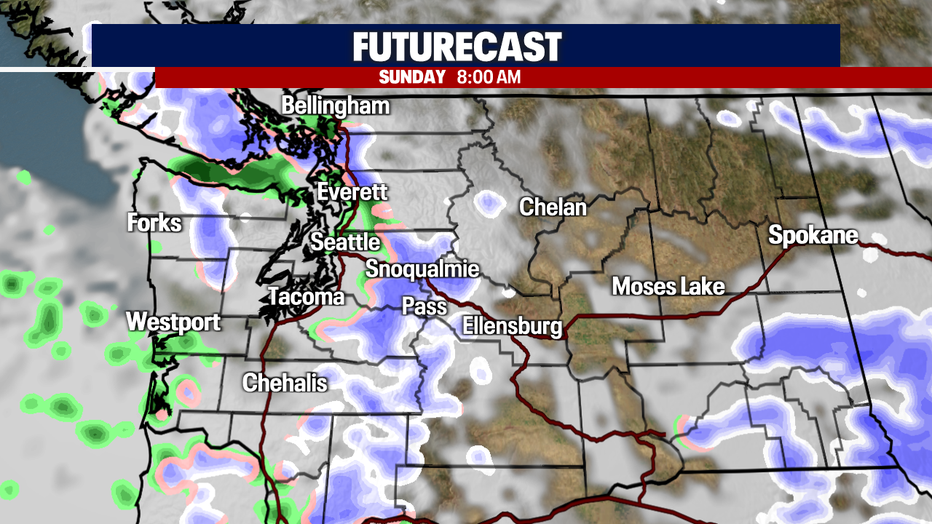 A stronger system is in the queue for early Monday.  This one could bring more substantial precipitation, rain, and snow to areas south of Tacoma, into the southern foothills and southeastern mountains.

The rest of the region we expect just scattered showers and some clearing.  And again, any snow that falls won’t stick around too long as temps warm, but if you must drive during this time be safe on the roads.  Allow for extra time during the Monday morning commute. 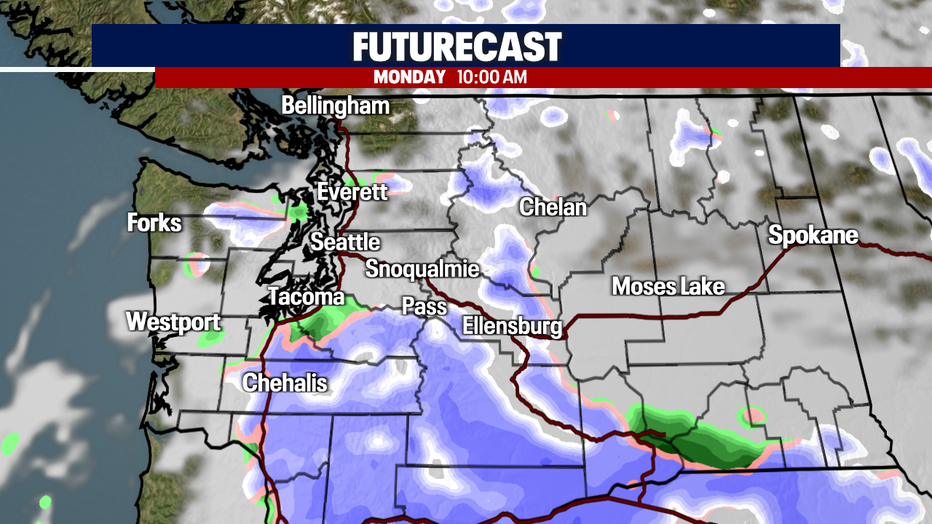 The rest of the week features more unsettled weather with temperatures well below average by about 5-10 degrees.

By Tuesday showers will decrease, so we expect just a few rain drops under mostly cloudy skies.

As overnight lows drop mid-week there’s a slight chance for a few more flurries to fly around the Sound.  Showers decrease into Thursday night when the OL Reign FC host the Wave from San Diego at Lumen Field.

And just as the Mariners return to Seattle for their home opener there is a chance of thunderstorms… roof closed?  Stay tuned.  At this point it looks like the Seawolves could snag the only dry day over the next seven.  Enjoy!

Have a great rest of the weekend all!  ~Erin Mayovsky, FOX 13 Forecaster 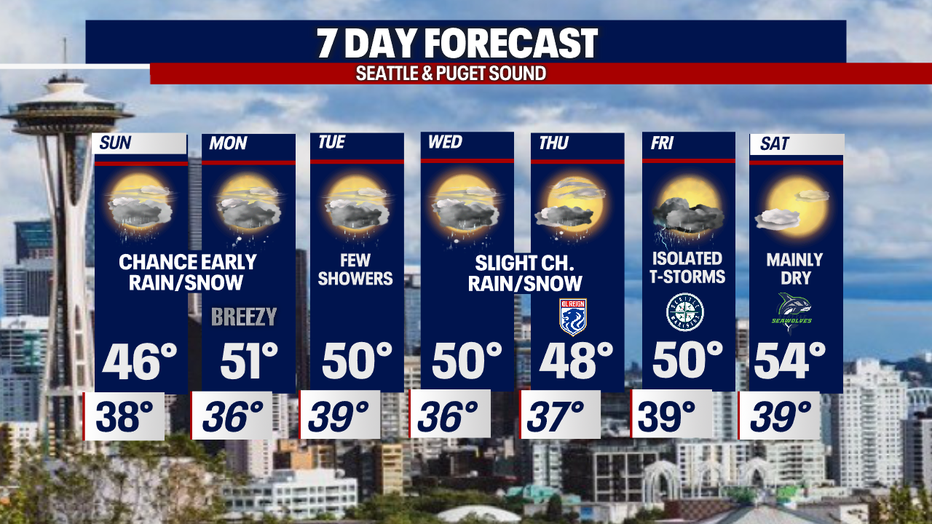 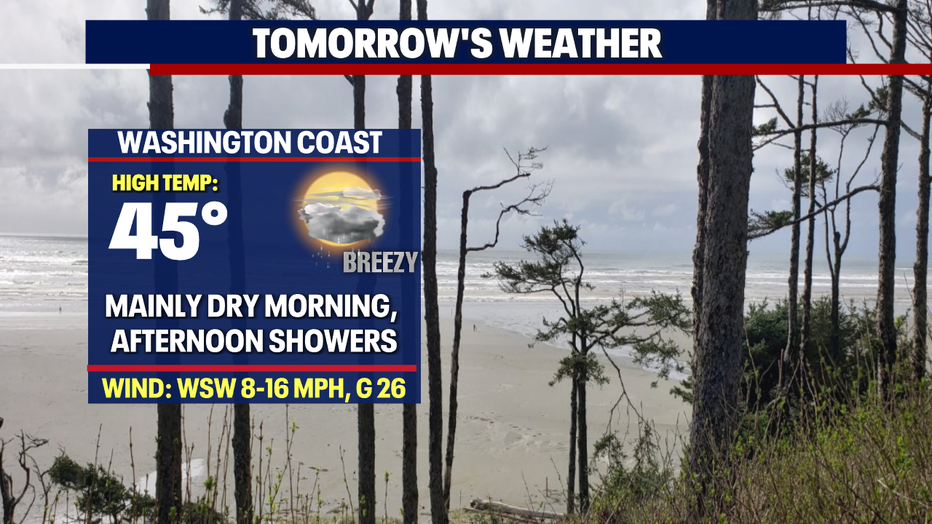 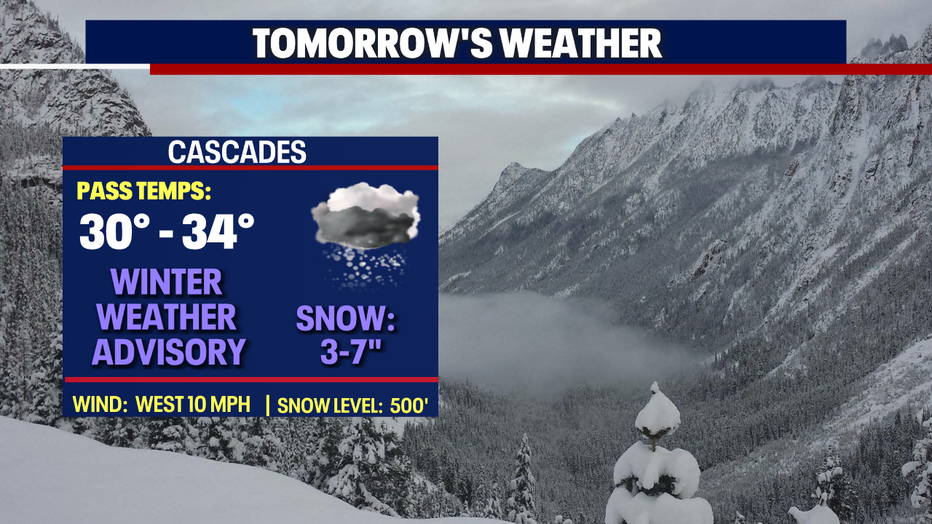 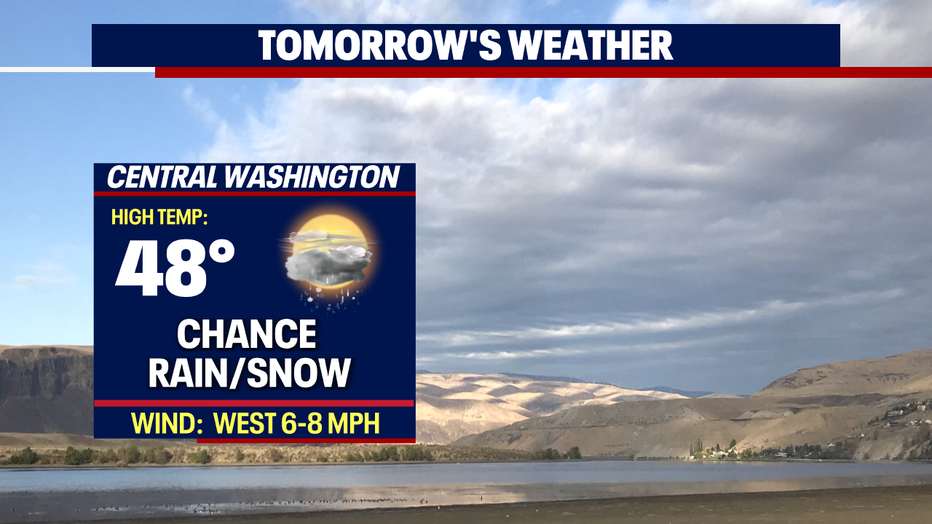